2. How individual creators can benefit from NFTs

As we’ve met more and more people in football to talk about Football Fan, it’s become clear just how much confusing terminology there is around, ranging from ‘Cryptocurrencies’ or ‘Crypto’, what the ‘Blockchain’ is, or how ‘NFTs’ work.

So we thought it’s about time that someone helped you navigate your way through the often confusing new lexicon that is probably leaving your head in a spin.

We’ll be publishing regular, uncomplicated explainers about some of the key issues in the world of Cryptocurrencies, NFTs and related fields.

Today, we’re looking at how individual creators can benefit from NFTs (Non-Fungible Tokens).

From the emergence of the Internet in the late 1990s, it has consistently achieved one thing: it’s driven down the cost of creation. Intellectual Property (IP) has become something that can be copied and shared at the blink of an eye, and distributed across millions of people just as quickly.

Except the problem is reward: as the price to create and distribute has crashed, so the rewards for creating - particularly for those who actually rely on the income - has crashed too. The gig economy has become the remedy: drive an Uber, make some money from your spare room out on Airbnb (if you’ve got any spare space in your expensively rented flat or shared house). Whatever it is, just don’t expect to earn money from being good at something. And don’t forget, those people have very often paid for their education, investing in a set of skills that deserve some kind of fair reward.

It seems a pretty basic idea that it might be not only unfair, but in the long-term, unsustainable. You can speculate all you like about whether real AI (Artificial Intelligence) will ever create original works of art that people actually want, but at the moment, talented people don’t get rewarded, and we think that’s something that NFTs can potentially help to remedy.

Everyone is currently fixated with cat or ape images as NFTs. We’re faced with a near daily avalanche of sometimes silly stories about people paying large sums of money for things that most of us wouldn’t think of buying if we had the money, or schemes to monetise a brand’s digital content.

We think that what’s being missed in all of this is that NFTs finally offer a chance for people who create to be rewarded. Yes, that could be amateur snaps like Side Eye Chloe that fortuitously become an internet sensation. But there will also be people who spend years learning their craft: becoming skilled designers, artists, photographers, video makers, and who up till now never get much more than thank you and a nice reference, or if they’re lucky a couple of hundred quid for hours and hours of work.

There are also thousands, millions, of people who spend time creating, who sweat blood and tears over a podcast, or lovingly craft a video, who never receive anything like what it’s worth, or any reward at all. Whilst NFTs are not going to result in everyone who creates becoming a millionaire - or even put them in a position where they can make a good living - NFTs finally open up the opportunity for creators to pitch their work more fairly, and expect reward. And for that not only to be once, but permanently.

Brands big and small have every right to take advantage of the explosion we’re seeing in NFTs. It’s always going to be the case with technology like this that you get people who will rush in, cash in, and cash out. It’s par for the course. Whether someone wants to pay for that is up to them. What we’re trying to anticipate is how NFTs will pan out in the longer-term.

We’re looking to support the people who make our platform what it is. Alongside rewarding everyone on the platform with FanCoin®, we’re working on a new part of our platform that will give creators - the people who make our Football Fan app what it is - the ability to spend and exchange their FanCoin®. As our latest advert shows, we’re working with football talent, podcasters, designers, video makers, and a whole variety of creative people on our platform to give them a chance to connect, share and create. Most of all, we want to reward those creators for their hard work.

Next time we’re going to be dipping into the world of how digital has changed the way clubs engage with their fans. See you soon.

Artificial Intelligence
Computer giant IBM describes Artificial intelligence (AI) as something that leverages computers and machines to mimic the problem-solving and decision-making capabilities of the human mind. Read more: IBM Artificial However, many scientists expert in the field point out that what currently exists is only ‘statistics and machine learning’, and isn’t actually any demonstration of actual ‘intelligence’ in the human sense. Some even argue that it will never happen because of the impossibility of mimicking humans and their experience: AI Wont Happen.

Blockchain
Is a secure and decentralised record of transactions. It guarantees that something is trustworthy, by way of a record of data, without the need for a third party.

FanCoin®
FanCoin® is Football Fan’s own (or ‘proprietorial’) reward coin or Utility Token, created for use on the Football Fan platform by users and creators. Download the app via Google Play or Apple App Store now.

NFTs
NFTs are forms of property cryptographically secured to ensure that they cannot be stolen or faked. The ‘crytpo’ element acts like a lock. To be effective, they are secured on a ‘Blockchain’, to ensure their ownership is certain. 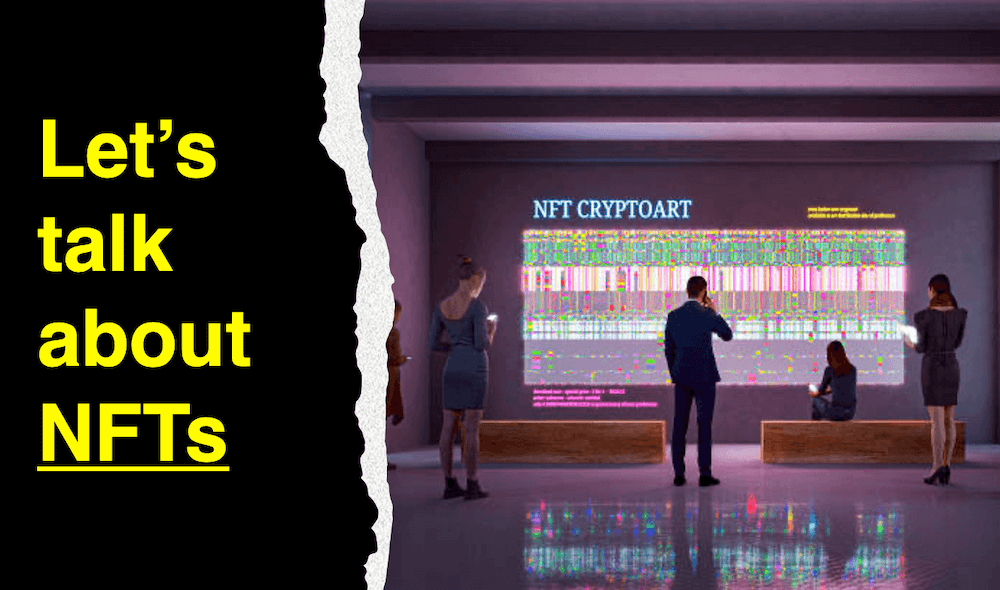